Would you like to switch to the accessible version of this site?

Don't need the accessible version of this site?

WCCE talks about 13 Reasons Why 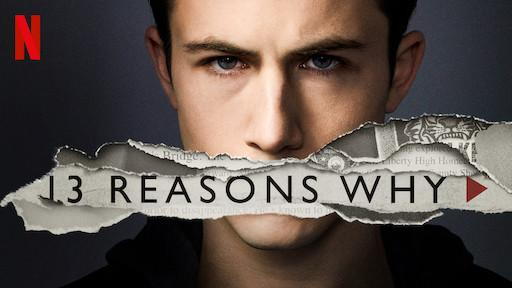 There are a lot of diverse conversations online and in the community regarding the Netflix show 13 Reasons Why, which is adapted from author Jay Asher's best-selling young adult novel of the same title. The show addresses the topic of suicide and the complexity of mental health and adolescent / peer / parent relationships.

The show is not for the faint of heart. It is visually graphic in some instances, and emotion-provoking in many others. Any parent should be cautious about having their child, no matter their age, watch it.

The main concern with the show, it appears, is will it encourage or trigger someone who is suicidal to act on those thoughts. The answer is that is unlikely. The decision to commit suicide does not appear to be decided by one incident, but rather by a variety of issues combined with a mental health disorder. Most people who commit suicide (up to 90%) have an underlying mental health disorder.

The biggest impact that the show has had is the conversation it has started about suicide. For too long we have had these conversations AFTER a tragic situation. The show gives us as parents, and as a community, an opportunity to discuss the impact of suicide BEFORE it happens in real life. The primary conversation needs to take place with parents and their kids. There is no positive impact without conversations.

The most effective solution, if a child is adamant about watching it, is to watch the show together and have open conversations. That way parents and kids have an opportunity to be on the same page at the same time. The internet-age has made everything accessible to everyone. The more the show is talked about, the more curious kids will be. Let’s face these questions and uncertainties together.

Here are a couple tips for starting a conversation about suicide taken from the Society for the Prevention of Teen Suicide:

Also, feel free to check out Tips for Watching New Netflix Series 13 Reasons Why provided by Suicide Awareness Voices of Education (SAVE).

If a crisis is mounting, or you are having thoughts of suicide, please do not hesitate to talk to someone who can help at the numbers below:

Brian Edwards, LMFT, CATC, is a co-founder of the Wyoming Center for Clinical Excellence in Gillette, Wyoming. Brian specializes in trauma, group counseling, marriage and family therapy and substance abuse and addiction therapy.